Bear on the Homefront 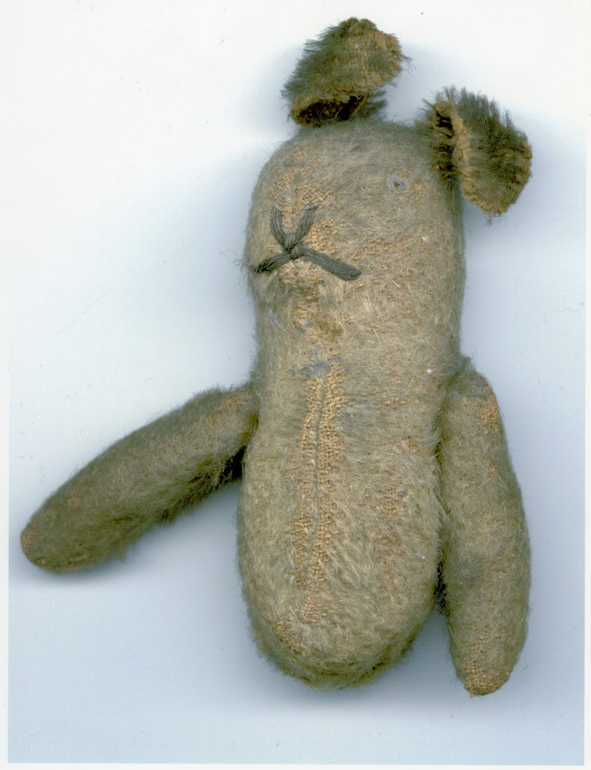 A Bear on the Homefront is the sequel to A Bear in War, a Canadian bestselling children’s book which was published by Pajama Press in 2012.

Like A Bear in War, A Bear on the Homefront is inspired by a true story about a family’s experience during war. The book is based on a diary that Aileen Rogers kept in 1940, when she was a 35-year-old nurse helping deliver guest children from war-torn England to host families across Canada.

About 15,000 children were evacuated overseas from London both privately and through a government program. Canada received about 1,300 of the children that came through the short-lived Children’s Overseas Reception Board, which the British government created in May 1940. The government program ended just four months later when a ship carrying ninety child evacuees was hit by a German torpedo. Seventy-seven of the children died.

Teddy, the tiny stuffed bear in both books, -  “Teddy” – belonged was given to Aileen Rogers since in the early 1900s when she was a young girl living in on a farm in the Eastern Townships of East Farnham, Quebec.

Aileen sent her beloved Teddy to her father, Lieutenant Lawrence Browning Rogers, when he was fighting on the front lines during World War I. Lawrence died at the battle of Passchendaele on October 30, 1917.

In 2002, Lawrence’s granddaughter, Roberta Rogers Innes, found Teddy and other war memorabilia in a large family briefcase. The items inside included more than two hundred letters that had been exchanged between Lawrence and his family during World War I. A Bear in War is based on those letters.

Among the other family artifacts Roberta discovered was a diary that Aileen had kept in 1940, when she was a 35-year-old nurse helping deliver guest children from war-torn England to host families across Canada. Bear on the Homefront is based on Aileen’s diary. Teddy now sits in the Canadian War Museum in Ottawa, Canada.